In just a few weeks the Third Annual E-Stim Special will start on ToyTorture.com. For a couple of weeks it will be all about E-Stim on this website. So one after the other I am slowly getting the toys which I than will be reviewing. ElectraStim is one of the major manufacturers of E-Stim toys and thus I have gotten a lot of questions which of their power box I would recommend. Thus I was very happy when they sent me their Flick Duo along with two electrodes earlier this weekend to put them through my hard testing routine.

The toy comes in a black, sturdy 147x87x90mm cardboard box with the ElectraStim logo embossed in silver. It is wrapped in a trade outer packaging which shows a picture of the box and explains its main features. 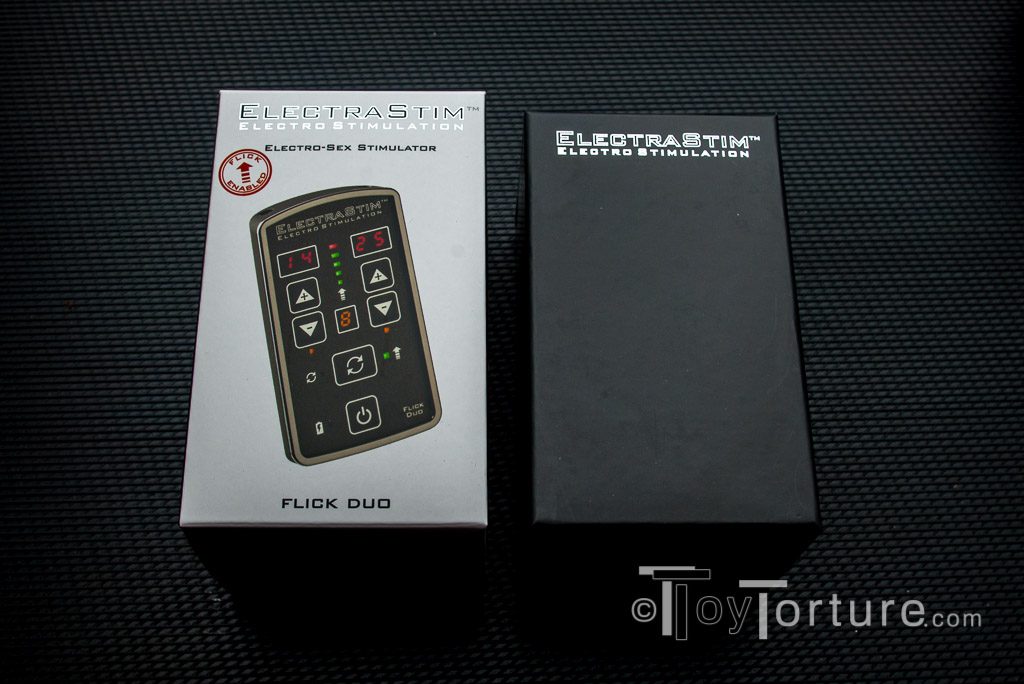 Directly below the lid the Flick Duo is housed in a velvety covered tray. The power box features soft-touch push buttons which are symmetrically laid out: In the center there are the power and the mode selection button with the mode number indicator above. On the left and on the right are the intensity controls for the two independent channels. At the top there are two sockets for the two channels, on the bottom there is the Mini USB charging socket. 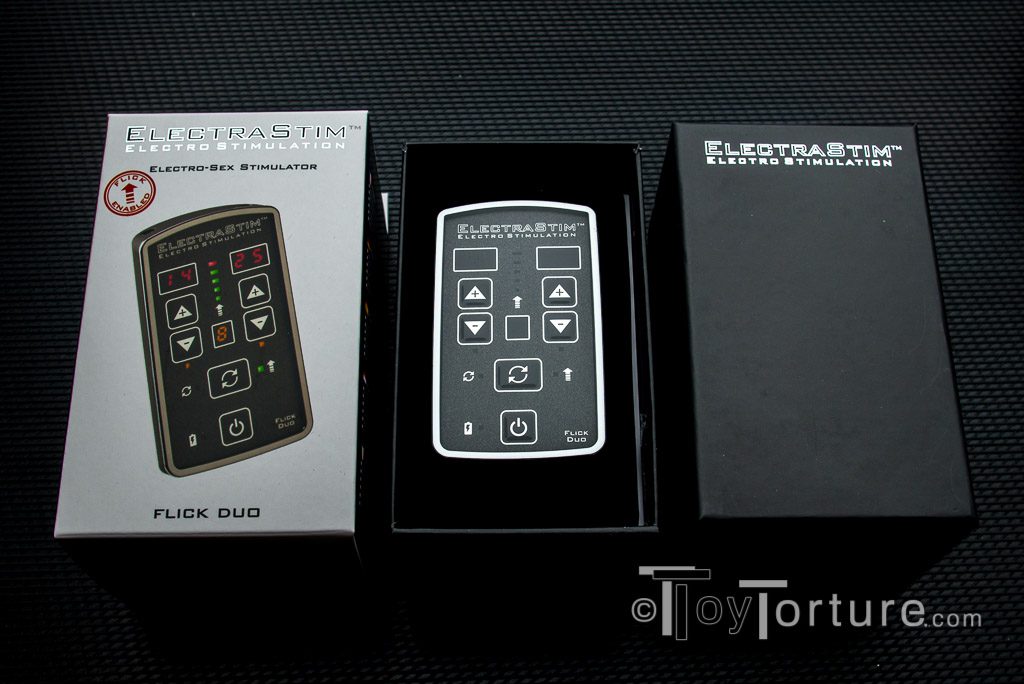 The Flick Duo comes with a manual in English, French, German, Dutch, Spanish and Italian. It explains the basis of e-stim, how to operate the box, walks you through the 8 programs and 4 flick modi and gives good advice on how to use the electrodes which come with the box. With the manual comes a little card. On one side they advertise for their Jack Socket e-stim enhanced masturbator, on the other side it is described how you can qualify for an additional year of warranty. 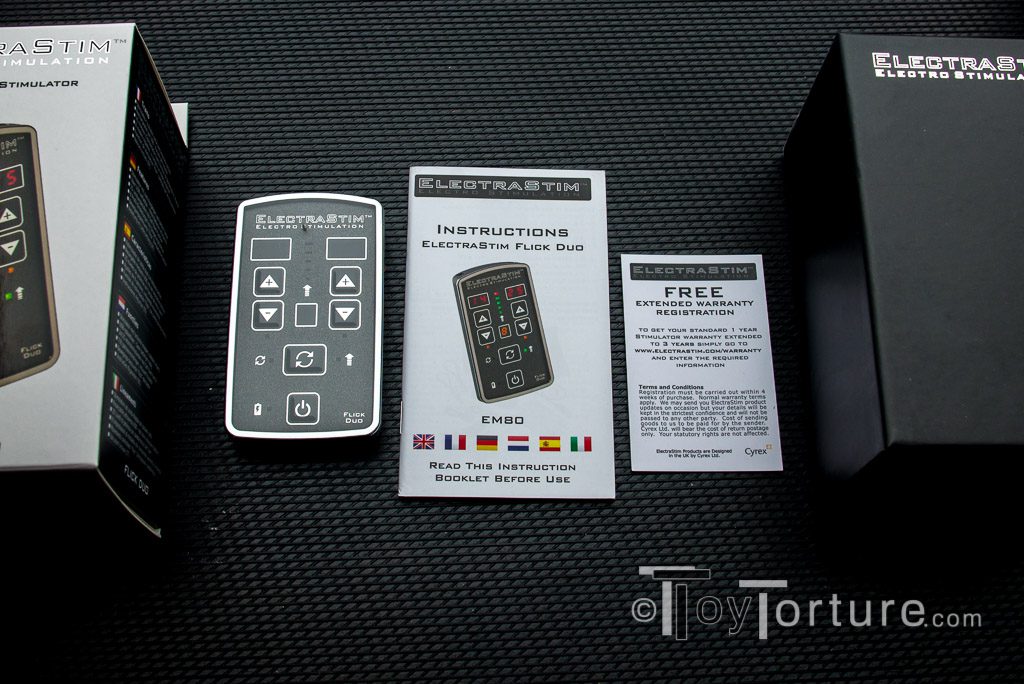 Next inside the box there is a small black drawstring back with a silver ElectraStim logo printed on it. It is large enough to hold the Flick Duo, two leads and a pair of conductive loops and some pad electrodes. 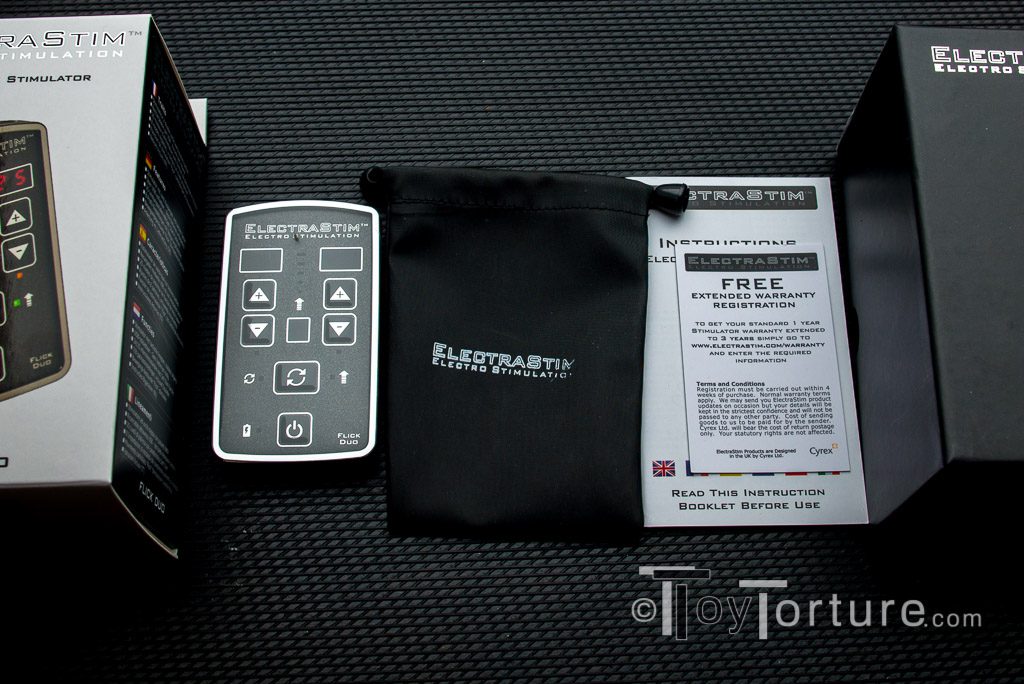 Next are the hardware essentials: A Mini USB cable for charging and two 2mm plug to bipolar 2mm pin leads. 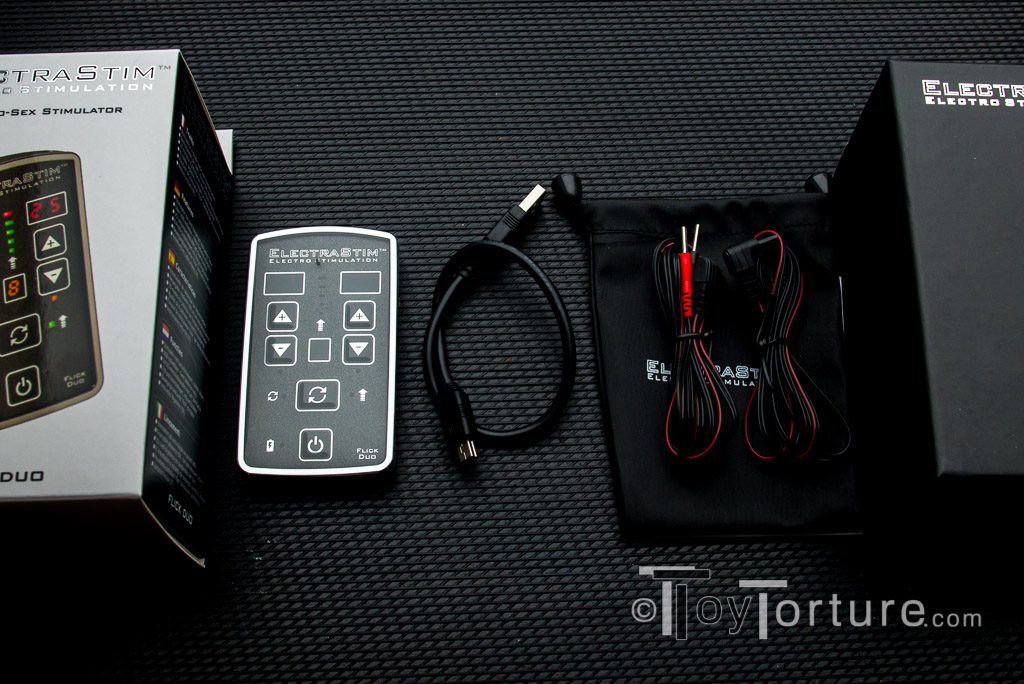 Last but not least the Flick Duo comes with four self-adhesive pad electrodes. They are good for a first glance into the e-stim world and allow for out of the box fun. 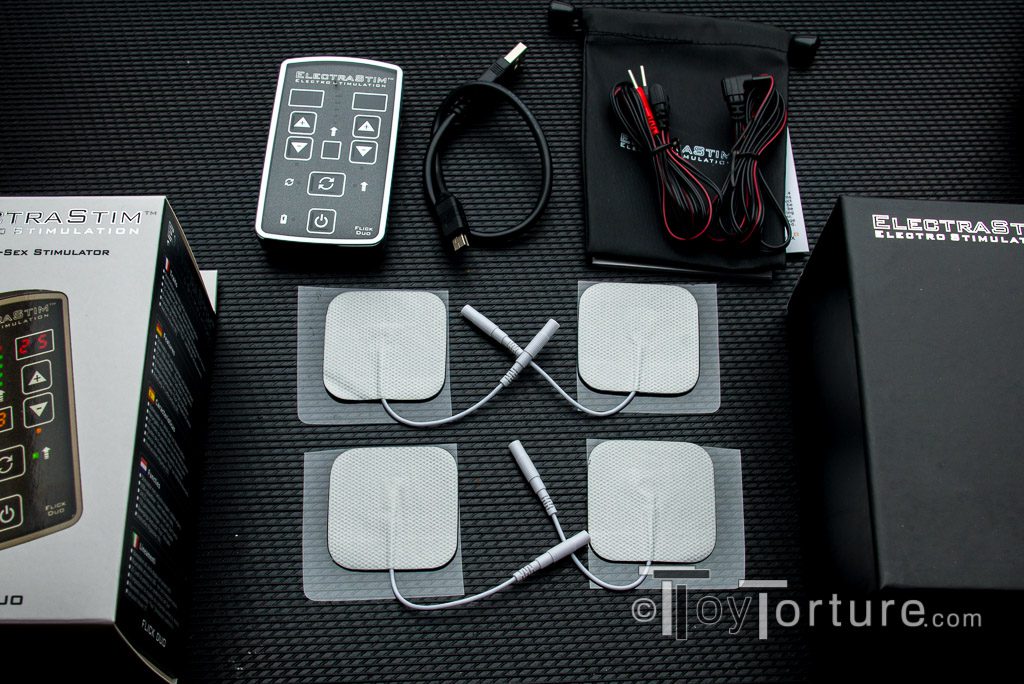 I am very much looking forward to test this little beast and am especially excited which means things I will be able to do with the flick feature .