Kinkonomics – The Next Big Kink

Yesterday I responded to a tweet of the awesome Pup Bolt who was wondering if pup play was going out of fashion and what is going to be the next big thing in the fetish world. My response got me so many direct messages that I decided to blog about it.

As an economist specializing in marketing and minor in sociology, I am focusing on these aspects. If you have gotten a profound sociological or psychological opinion on this topic, please share it! Also, in order to not make this post too long and overly academic I made some generalizations. 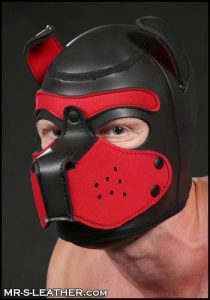 In my response tweet I call pup play a “macro trend” which is a governing set of actions, believes and looks prevailing for years. A macro trend can have many micro/ sub trends like this case wearing Mr S Neoprene pup hoods with individual color schemes. In order to make an educated guess what the Next Big Kink could be, let’s take a look why and how trends emerge.

Among other things human behavior is driven by the urge to belong to a group of people and to express one self. So people tend to gravitate to groups which have a strong internal cohesion and differentiate themselves against the rest of the population (being a so called in-group against the majority which is call out-group). All trends start out as a small in-group which through different means gain momentum until at some point the majority looses interest, a small “hardcore” in-group remains, some elements have been integrated in the out-group for good and a new trend emerges. 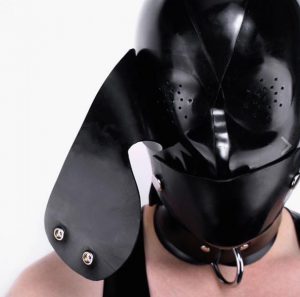 But: Will there be a new macro trend at all? With the rise of the internet in the past 20 years the way trends emerge has changed. Before the internet means of mass communication were expensive and there was no egalitarian access to the publishing industry. Thus only few trends emerged and people gravitated towards them. The infinite way of communication and organization of the internet lead what is called the “Long Tail” (no pup pun intended). People who otherwise never would have gotten in contact are now in touch, forming their small in-groups around the globe, giving them a level of cohesion and thus satisfaction from it, making them independent of macro trends. In the end the internet solved to some extended the coordination problem, through the individual combination of in-group behavior the expectations fade creating an increasing transformation problem.

While this is all interesting from an academic point of view, do not think too much about it but go out, be kink and have all the fun you want.