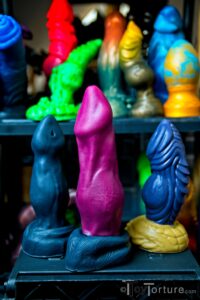 My First Ever Bad Dragon Order: Vergil the Drippy Dragon, David the Werewolf and Apollo the Chimera

Following a couple of tweets last week, I have gotten a very interesting reader question which I am going to answer in this blog post: Which was my first Bad Dragon toy? So let’s take down a trip memory lane when I still was a student… 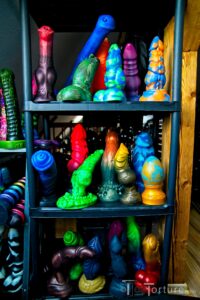 After a few weeks my curiosity got the better of me and I investigated the matter thoroughly. To be frank, I first was shocked! Really weirdly shaped dildos, stories about (fantasy) creatures’ sex life, merch worthy of a rock band! Back then fantasy modus was default and only had very peripheral contact with the furry or puppy scene. But my testing for ToyTorture.com has always pushed me forward as a kinkster (impact play anyone?), I decided to take a not-so-deep dive and chose three toys which very much reflected my play style and mindset: Simple stretch, no depth play and a playroom has to be ALL black and steel! A Bordeaux or brown paddle already distracted my esthetic! What a long way I have come. 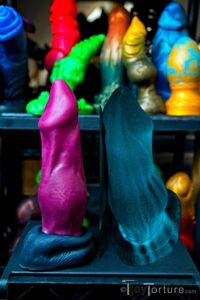 My David with how I would Probably Order Him Today

So this is what I ended up with: A large Virgil in firm, an XL David in medium and an XL medium Apollo, all in… let’s say sedate colors. When I opened the parcel, the inside was nicely wrapped in purple silk paper which hit the sealed plastic bags. From Oxballs toys I knew that silicone attracts dust like nothing else. When I opened these plastic bags, I was a bit shocked how big and voluminous the toys were! I still had to learn to infer size and dimensions from dimensions on a website and product description. So my first Bad Dragons became the first toys of which for the review I mostly relied on review experience of play partners and friends to whom I sent the toy. On all toys I could take the glans. The first toy I knotted was Apollo in end of October when I was trying to relief my moving stress. Virgil followed two years later and riding his knot gave my me first involuntary prostate orgasm. It took me until this spring to completely conquer David. 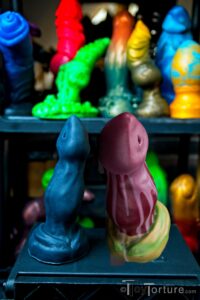 My Virgil aside the his Natural Color I would choose Today

Despite this difficult start, these three toys started a love affair which has not ended yet. When I thought about my second triple I moved to a new stage in my life, had a playroom and suddenly color came into play which sparked even more interest in the review. Suddenly people were interested in “my” color combination because they want to order it too! And they were interested in my opinion on other BD toys. It sometimes feels, the more of their toys I review, the more reader questions I get, all on toys I have not reviewed. 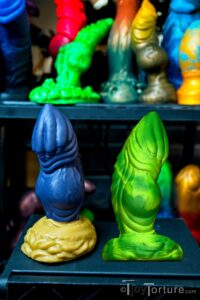 My Apollo with Oone in Green Dancer, a Color that my Collection still Lacks Despite Green being my Favorite Color

This is a good example of how the review requests differ from my personal taste.  If it way my hole deciding which toys to review next, it would be Kelvin and Glyph (and personally I’d love an XL Fenrir because the Large is already so drool-inducing). But it looks like that the next names on the Bad Dragon review board will be Austin, Rex and Roland.

To conclude this little tale, would I place the exact same order as I did over five years ago? Yes and no. One thing that has not change since these first batch of naughty wyrms is my taste for firm anal toys (though I have started to admit that then it comes to depth play, there is a place for softer, yet not too soft toys). But color-wise I would be more daring! David would come in his Signature, glow in t he dark pattern, for Virgil I would also go with Signature (well, since he sounds hot in XL, I might one day get him that way) and Apollo? Good question. His Signature is a bit wild, so I’d probably go one o f the many glow in the dark pattern Bad Dragon offers. But since there are still so many different shapes to explore, buying second versions of toys I already have in my collection is still way ahead.

Also, Bad Dragon is not the only toy company in my dungeon. At this period of time I was introduced to the SquarePegToys Acorn by a friend. But this is a story for another day. 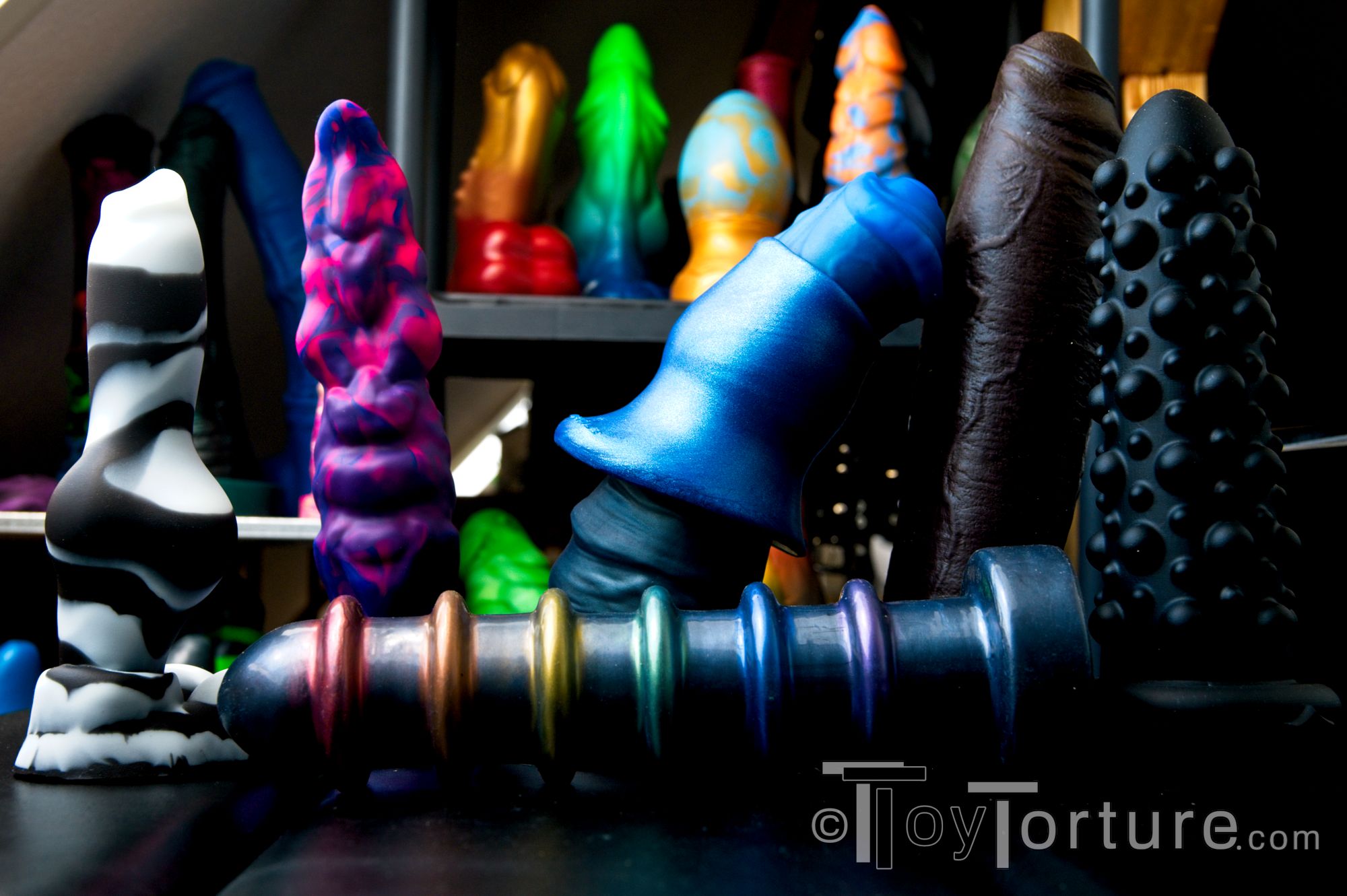