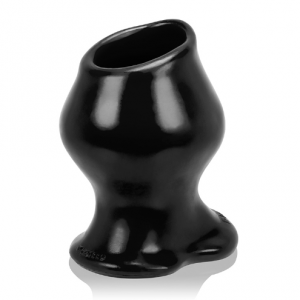 It’s here! It is finally here! The Oxballs Pig-Hole FF! When I launched ToyTorture.com almost exactly 6 years ago, I would have never dreamed that the most anticipated toy of the year would be an anal toy. I actually could not trace back when Oxballs first talked about a new, larger Pig-Hole on Twitter. The craze at my end started in January when Oxballs tweeted that the Pig-Hole was in the 3D printer and would hit the store some weeks later. Since this initial tweet I have gotten 350 (!) e-mails, Twitter DMs, Tumblr, Recon or PlanetRomeo messages asking when it would hit the stores and when I would review it. Over 150 people asked a second time and 4 (!) send me no less than 5 messages when they could finally stuff their butt with it. Never before had I such an interest in a toy. And here it finally is! 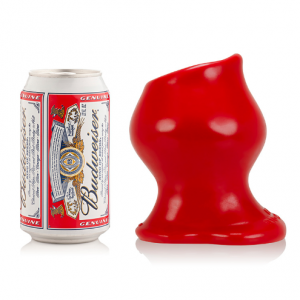 I loved the original Pig-Hole XXL and enjoying getting double-fisted I am pretty sure that the Pig-Hole FF will not disappoint me. They made some design changes which just looking at pictures make sense to me; for example proportionally enlarging the base would have made the toy look cartoonish. 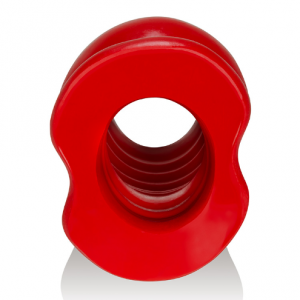 Like its smaller Brothers the Pig-Hole FF is Textured inside

Now, about a week since Oxballs launched the toy, I have already gotten more than three dozen messages asking me when I will share my two cents about this toy. I am not sure when I will the toy yet. But if anybody wants to give me a review sample, I’d like it in red to have it in a different color than my Pig-Hole XXL. For those of you who can’t wait for my verdict, you can buy the Pig-Hole FF at Mr S Leather for $124.95.

And to those asking about the event larger Pig-Hole MAX which Oxballs hinted the past months: They already tweeted about toying around with the designs of an even larger Pig-Hole. You just have to stretch your patient a bit. And looking at the proportions of the Pig-Hole FF, being good at stretching will be necessary for the Pig-Hole MAX 😉