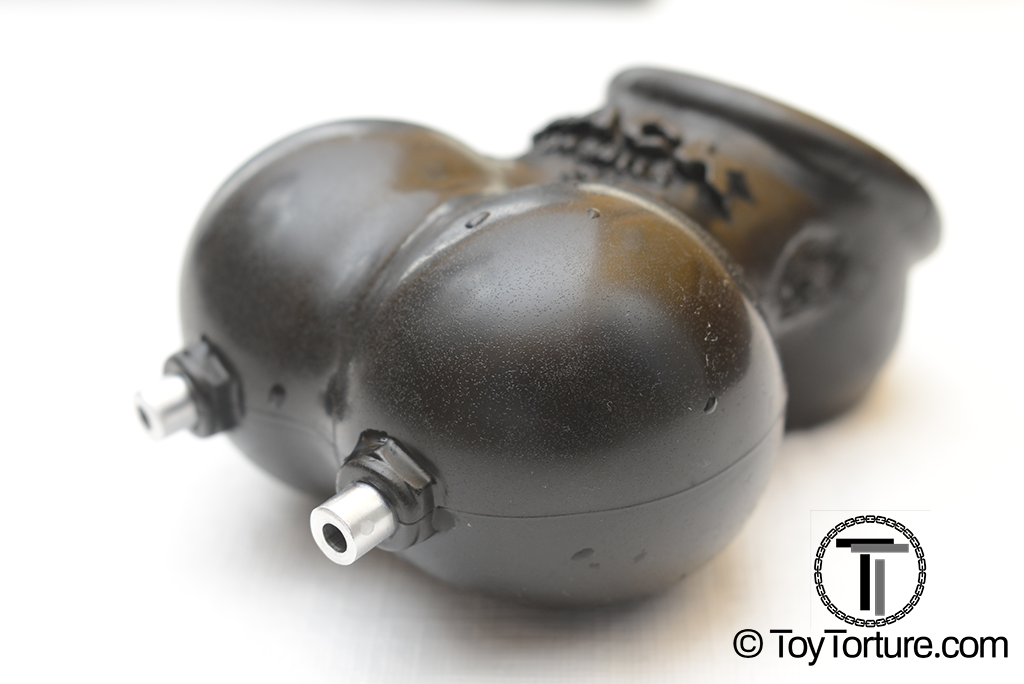 8 months ago I had the great pleasure of screaming the shit out of my body at YngMstrDetroid’s house for a weekend and I was the first one to try out his new Oxballs Slingsack Electro. And we both were surprised: Usually Oxballs is known for their high functionality but it was a nightmare putting this toy on in a way that it would actually work. 10 minutes later and using an Oxballs Splitz ballstretcher we got it to work – and had a ton of fun with the microphone of the ET30R 😉 Before I headed back to Chicago I wrote down the measurements of the toy, took the pictures and intended to write a review sooner than later. But in the following days and weeks I wondered: How can the guys at Oxballs who usually so thoroughly design their toys with discriminating pervert in mind put out a toy so unpractical to use. Putting it on in a playful and relaxed atmosphere may just be still ok but in a D/s scene it would have completely killed the mood. A few months later I checked back with YngMstrDetroit and he said he still experienced the same initial problems. So I decided to put off the review until I have gotten my own hands on this toy again, especially since I have gotten some advice how to better handle it. So I have to reach out to me readers: If you are in Northrhine-Westfalia and own this toy I would love to hear from you in order to give it another round or two in my dungeon in order to get a second maybe different opinion.