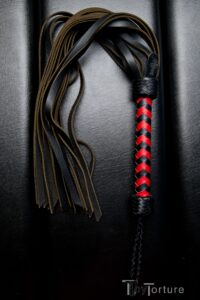 Very often I get asked “Where can I get a good, quality flogger, best in Europe?” That is actually a tough question because unlike the USA Europe never developed a big BDSM flogger maker scene. Most of my floggers are made by a flogger maker in New York I have got to know when I studied in the USA. They cost at least four times of this Heavy Leather Flogger and take months to make, an invest most people are not willing to make. So I am quite excited to take a look at a traditionally made flogger that is easily accessible to guys from Europe.

This flogger is a beautiful example of traditional flogger making: Braided leather knot on the top and bottom knot. Between them a black and red herringbone pattern made out of leather straps covers the 17cm long grip, giving the handle an overall length of 23,5cm. For better storing and not losing the flogger while throwing it, a 14.5cm long braided leather loop is attached to the bottom knot. What surprised me that Fetters uses relatively stiff and sturdy leather for the braiding which usually makes getting it tight and firm difficult. But I was impressed how tight it was which is a good indicator for durability and quality. The flogger is quite well balanced. The mass center is at the bottom of the upper knot which is low enough to keep the wrist from tiring out quickly. 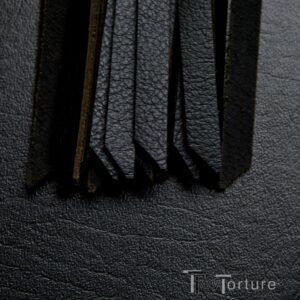 Into the top knot 25 tails are woven. They are made out of rather stiff black cow hide and have an angle cut at the end. At 55cm overall length they are 4.5cm longer than the “standard” flogger length of 20’’ resp. 50.5cm but this only is important when you are Florentine flogging with a 20’’ in tail flogger. In the knot a 4x2cm leather patch with an embossed Fetters logo is woven. I am not sure about this move because when you tails “break” over this patch, it impacts how they fly. Especially experienced tops will soon learn how hold their flogger to not have this happening or how to compensate. Still, I would have preferred this patch elsewhere.

All things considered, I have not yet found this level of craftsmanship and attention to detail for this price. So from a pure manufacturing side, this flogger offers incredible value for money. 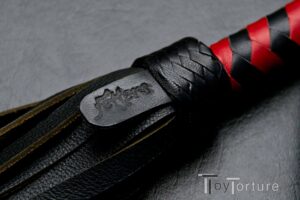 Detail of the Knot with the Fetters Logo Patch

From a technical point of view, this flogger is good for novice tops getting into flogging. The tails fly well which makes the aim easy. The mass center at the top knot allows the tails to gain momentum when wielding in laying-8-shaped circles so once you have established a pattern, the flogger guides the throwing arm.

But from a pain perspective this one is not for the faint of heart. Fetters chose a stiffer variety of cow hide, yet not as stiff (and thus severe) at Latigo leather. Unlike Latigo this cow hide is flexible and flows and flies really nicely yet it is far from soft. Adding that to the medium weight of the leather it leans a bit towards sting. Additionally the edges are a bit firm and the rough side of the leather is relatively coarse for a flogger. And finally, the tips are angle cut so when they hit, they have an extra bit. Furthermore, angle cut will give you the most acceleration and thus most strong impact sensation. 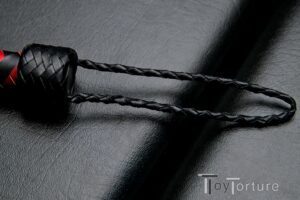 Detail of the Bottom Knot and Loop

This doesn’t make the flogger bad! It is awesome toy for masochists, a mid- to end-scene toy when the endorphins are flowing and a skilled top will be able to get some thud out of it. But for people starting out with flogging or not hard-core masochists, I strongly advice to use a different, softer flogger for warm up, like the Bare Leatherworks Buffalo one.

Despite the overall roughness of tails, I was surprised how relatively little they color. Of course the impact area will turn red quickly but being medium-weight bruises even on delicate areas like the ass and thigh are unlikely. Despite the sharp tail edges and angle cut tips I was actually surprise how little scratches and welts this flogger produced. So if you are looking for a meanish impact toy that leave relatively little marks after a scene, it is a good one to go with.

Finally a little word on availability: Since this product is handmade, it is rarely available in large quantities. This flogger has been on my watch list for over 2 years and it has been sold out most of the time. So if you are interested in this flogger, I highly recommend setting an e-mail alert to get notified when it is back in stock! 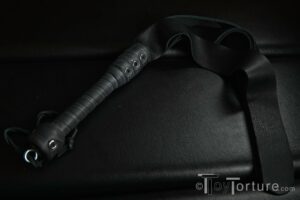 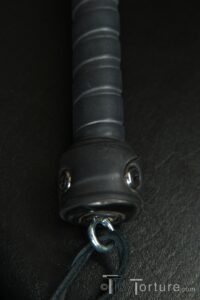 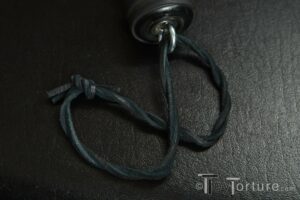 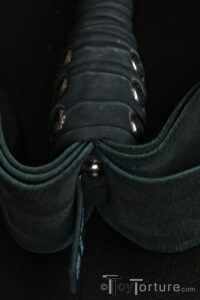 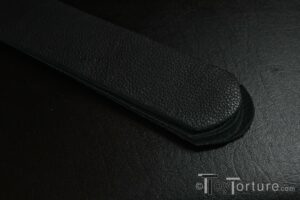