When it comes to e-stim the most reader questions are actually about power boxes. There are so many different ones out there it is hard to figure out which it the right one for you. So ever since E-Stim Systems launched their new mid-range Pebble a stream of questions about it kept coming in. E-Stim Systems was kind enough to send me one of their new power boxes and I will review it later this year. 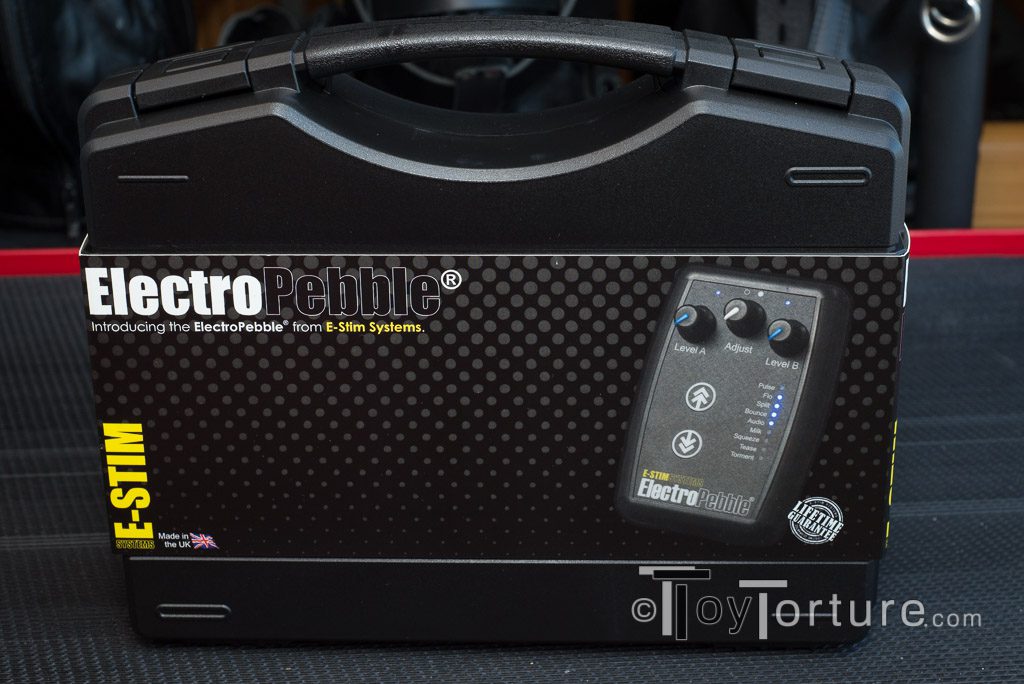 The Carrying Case of the E-Stim Systems Pebble

First let me show you what is stored inside the nifty black carrying case it comes in. 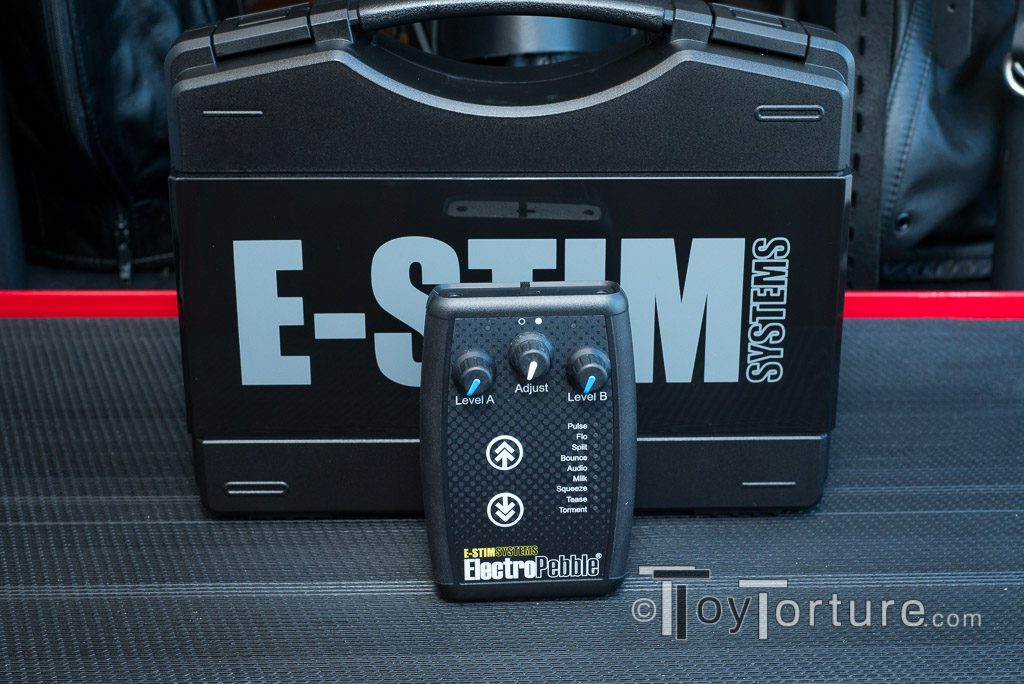 The most important part is the power box itself. It measures roughly 116x77x38mm and has convex sides so it fits and rests well inside a hand. The controls are symmetrically laid out: On top there are three rotary controls. The left and right for intensity of the corresponding channel and the one in the middle to modify the sensation of the selected program. Below them are two soft touch buttons to shift through the 9 programs. Next to them on the right is a list of the 9 possible channels with a blue LED next to it which is on when the channel is selected. 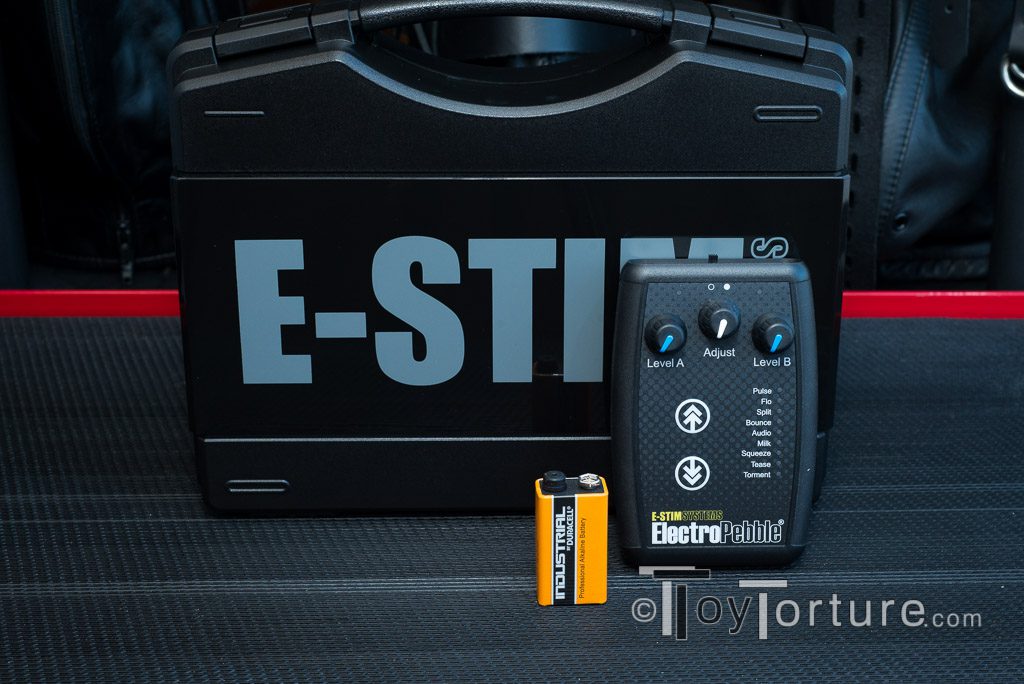 The Battery every Pebble comes with

The Pebble can only be powered by battery and is comes with a Duracel Industrial 9V battery which is actually my choice of batteries to power my e-stim boxes. 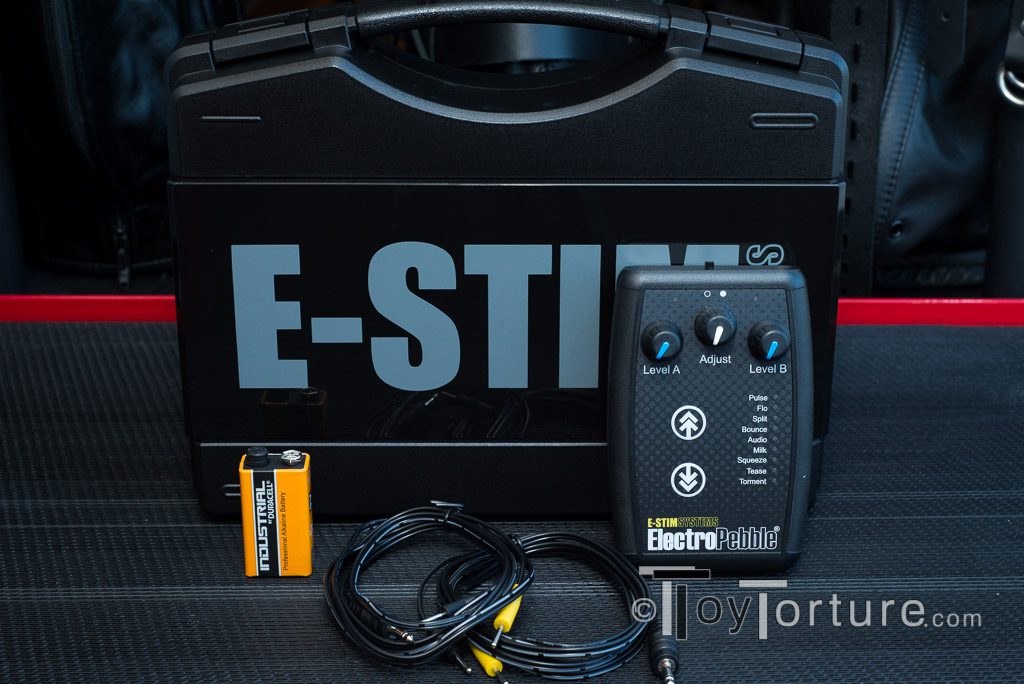 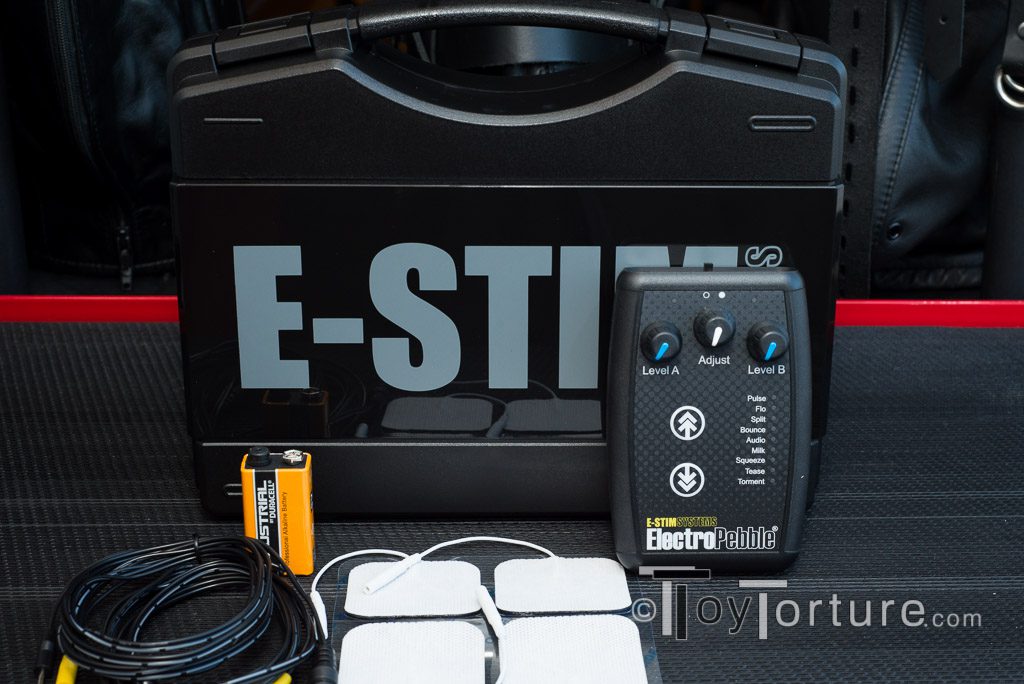 … 4 pad electrodes to have fun right out of the box. However since most of E-Stim Systems accessories’ sockets are for 4mm banana plugs I would have wished for at least one of those leads. 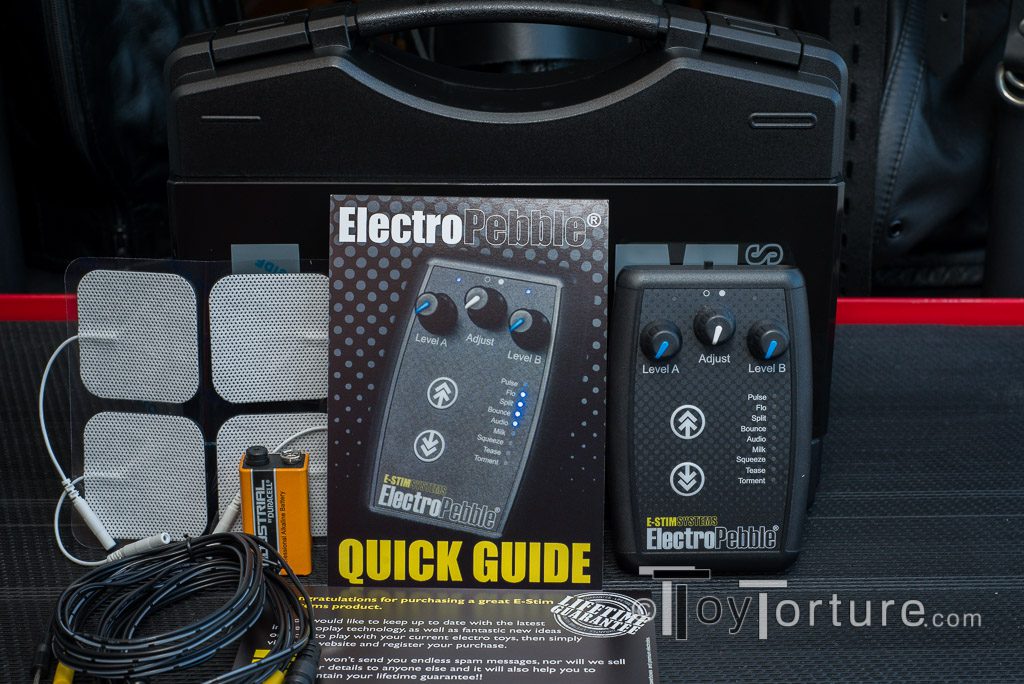 To get you started right out of the box, the Pebble comes with a handy Quick Guide. It is also useful when you hand the box to a top who doesn’t know the box yet. Though he then has to try the different programs through trial and error…
There is also a post card informing you about the life time guarantee which E-Stim Systems provides all his power boxes with. 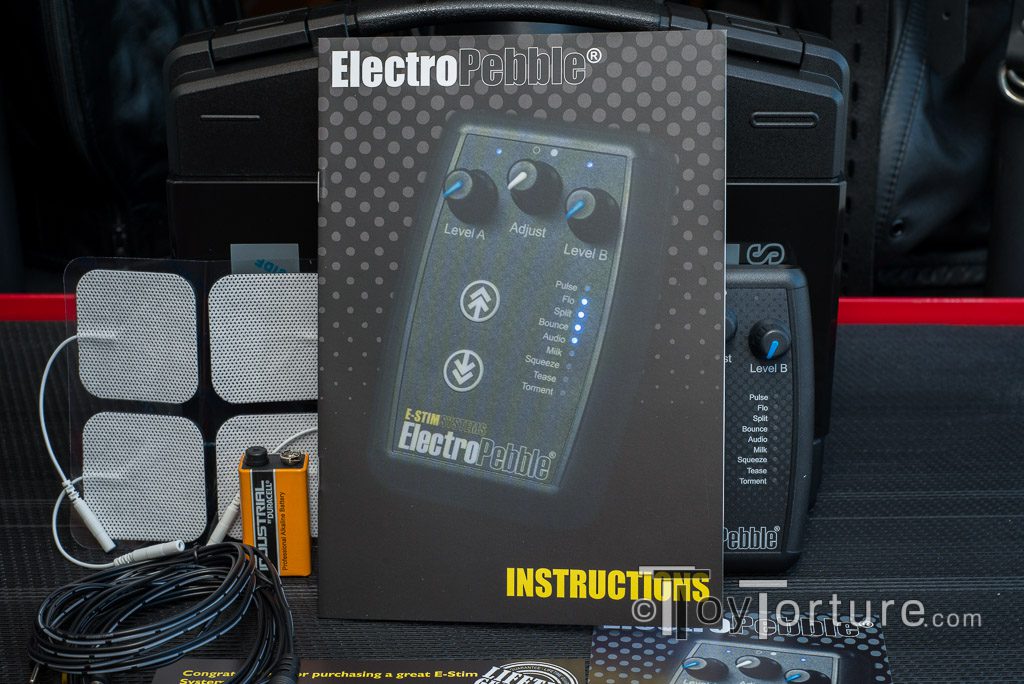 Last but not least there is the informative manual. 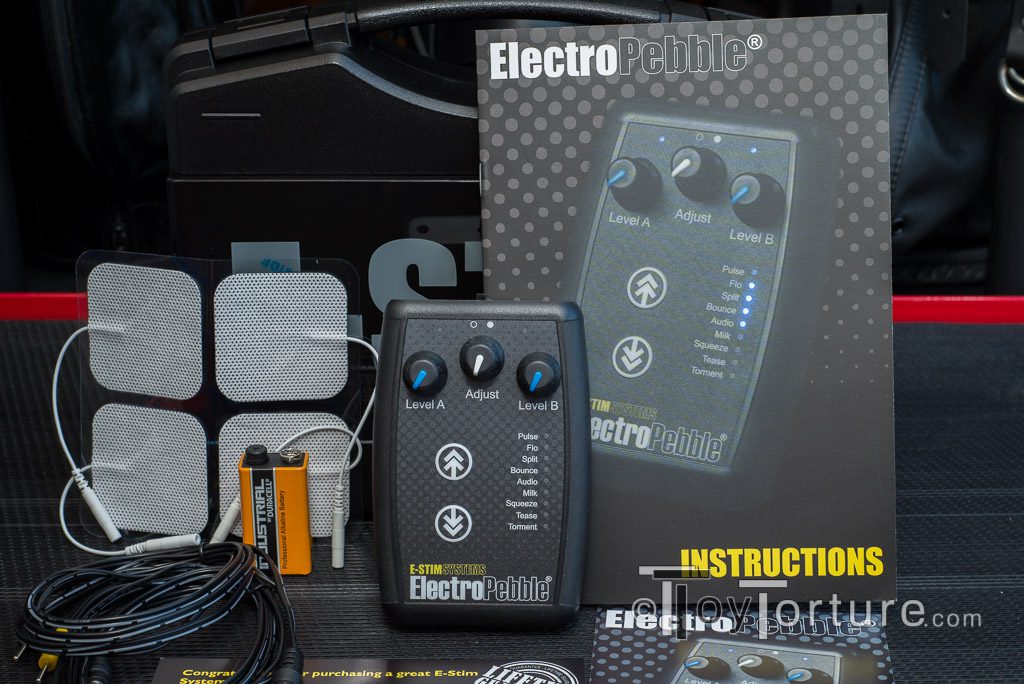 The E-Stim Systems Pebble with the Entire Box Content

The Pebble has been sparked so much interest I was barely able to give it a short test run on myself until one member of my testee panel “demanded” it for a thorough test drive. He is in the market for a power box and wants to get an educated opinion.